Industries need to better understand how to respond to environmental.

The firm can supply hydrogen at any value chain, starting from production and processing to storage and transportation to clients and industrial-based applications. Based on several decades of creativity and numerous projects in the real world, the hydrogen capabilities of the company demonstrate the innovative intensity and expertise of the organization in delivering viable, commercially sustainable, widespread hydrogen technologies. The rapid growth of the application spectrum.
.
Solutions of hydrogen production are because it can improve the transition to far more efficient solutions while preserving the capacity to maintain practical energy approaches and models with all their given variations. Hydrogen is a source of zero or little fuel for trains, large vehicles, and cars. It could be used as an animal feed gas in the chemical, refining, and steel sectors. It is also a source of electricity and heat for dwellings and can serve as a buffer for renewable energy sources.
.

There are also benefits of hydrogen. To start, it facilitates a smoother transition into lower-carbon sources of energy by producing natural gas electricity and other stated non-renewable by-products. 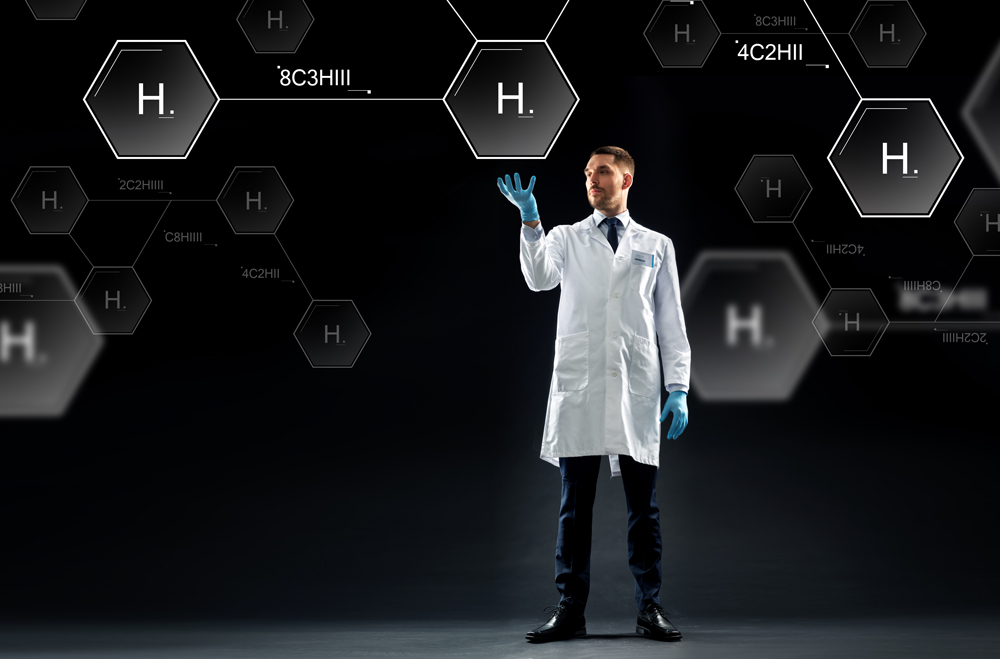 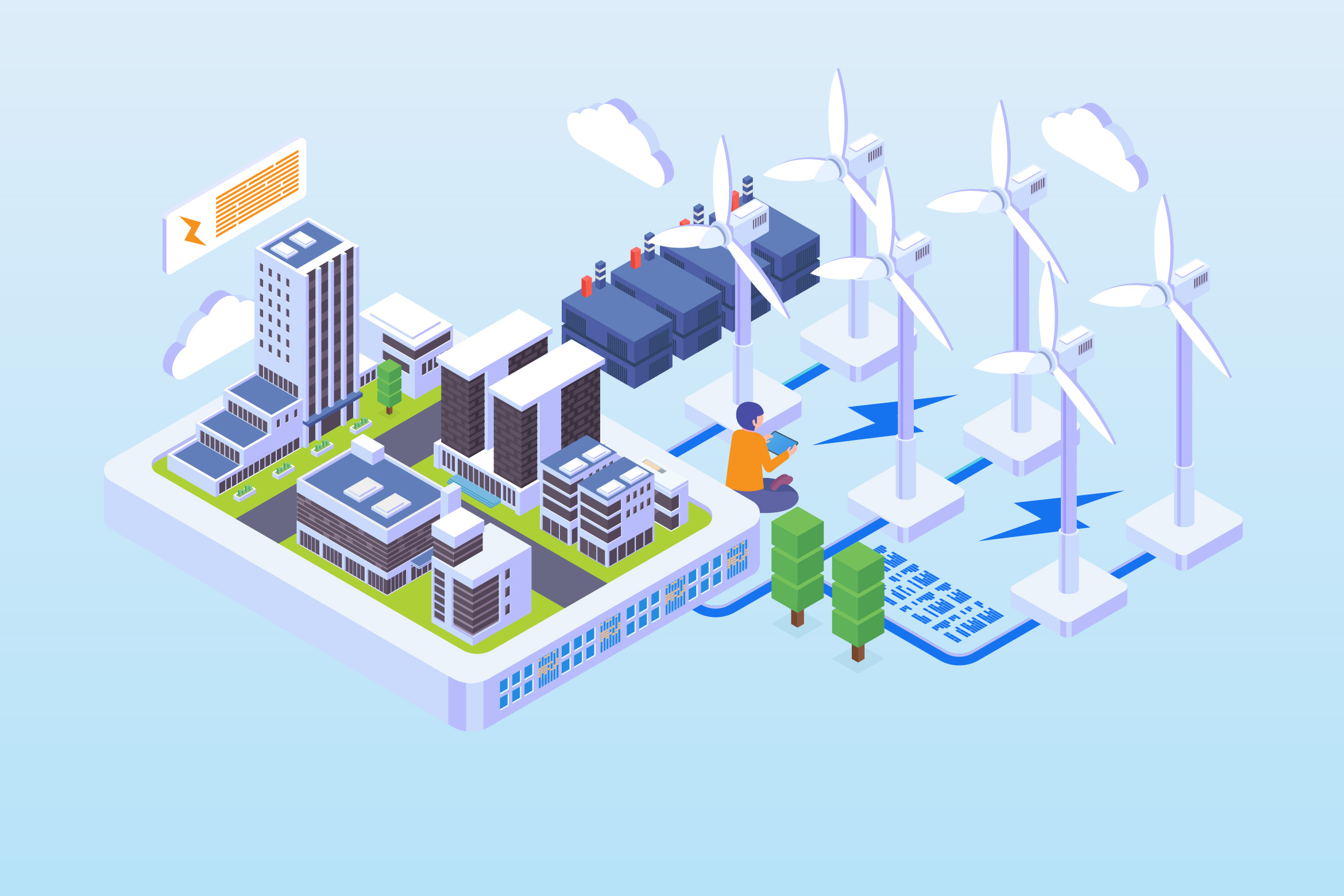 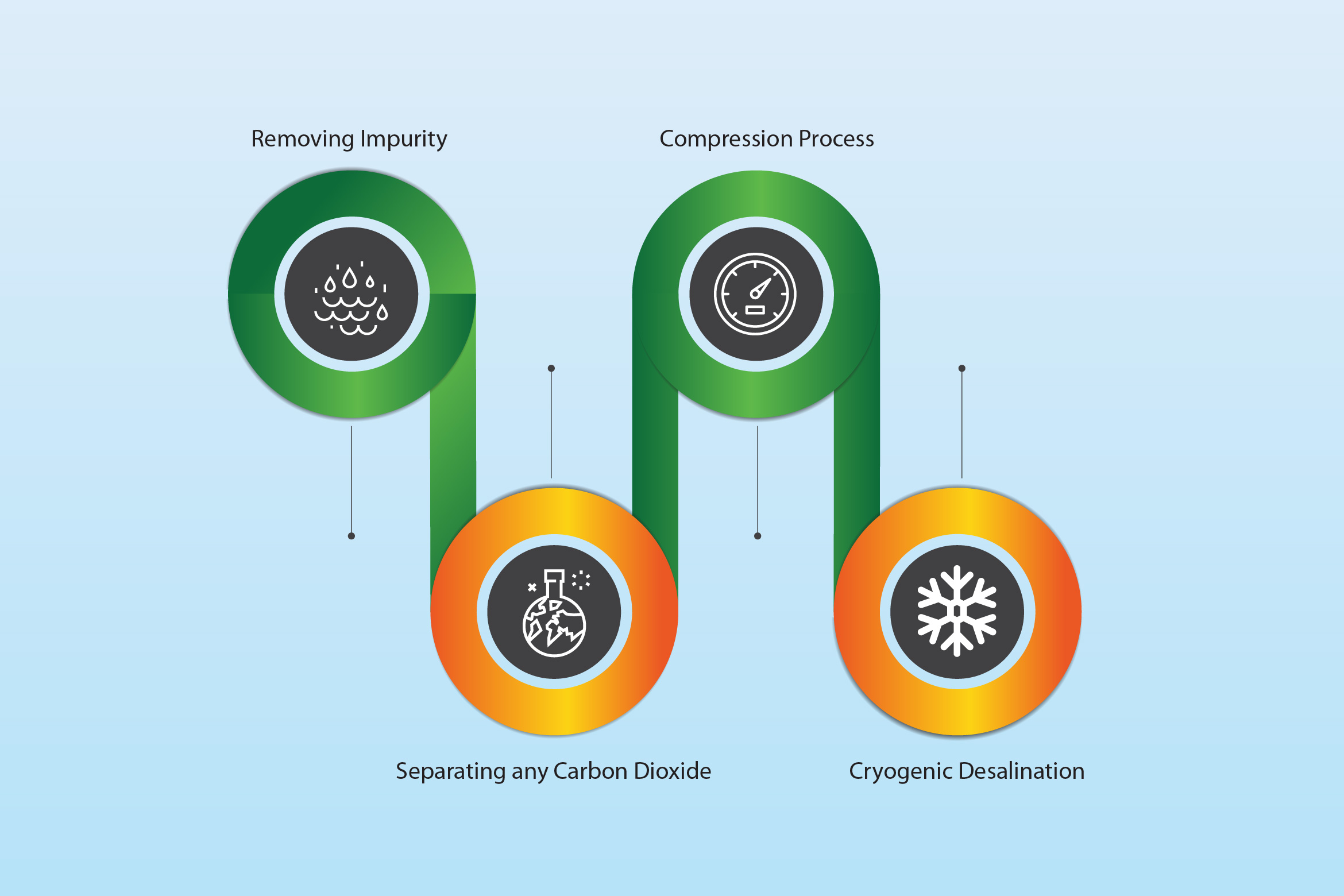 ProcessingAdditional processing is needed, depending on the specific application whereby the hydrogen is intended. Typical steps include removing impurity, separating any carbon dioxide (CO2), compression process, and cryogenic desalination. Thanks to a diverse portfolio of procedures and projects, they can always select the best solution for the clients’ needs
Processing 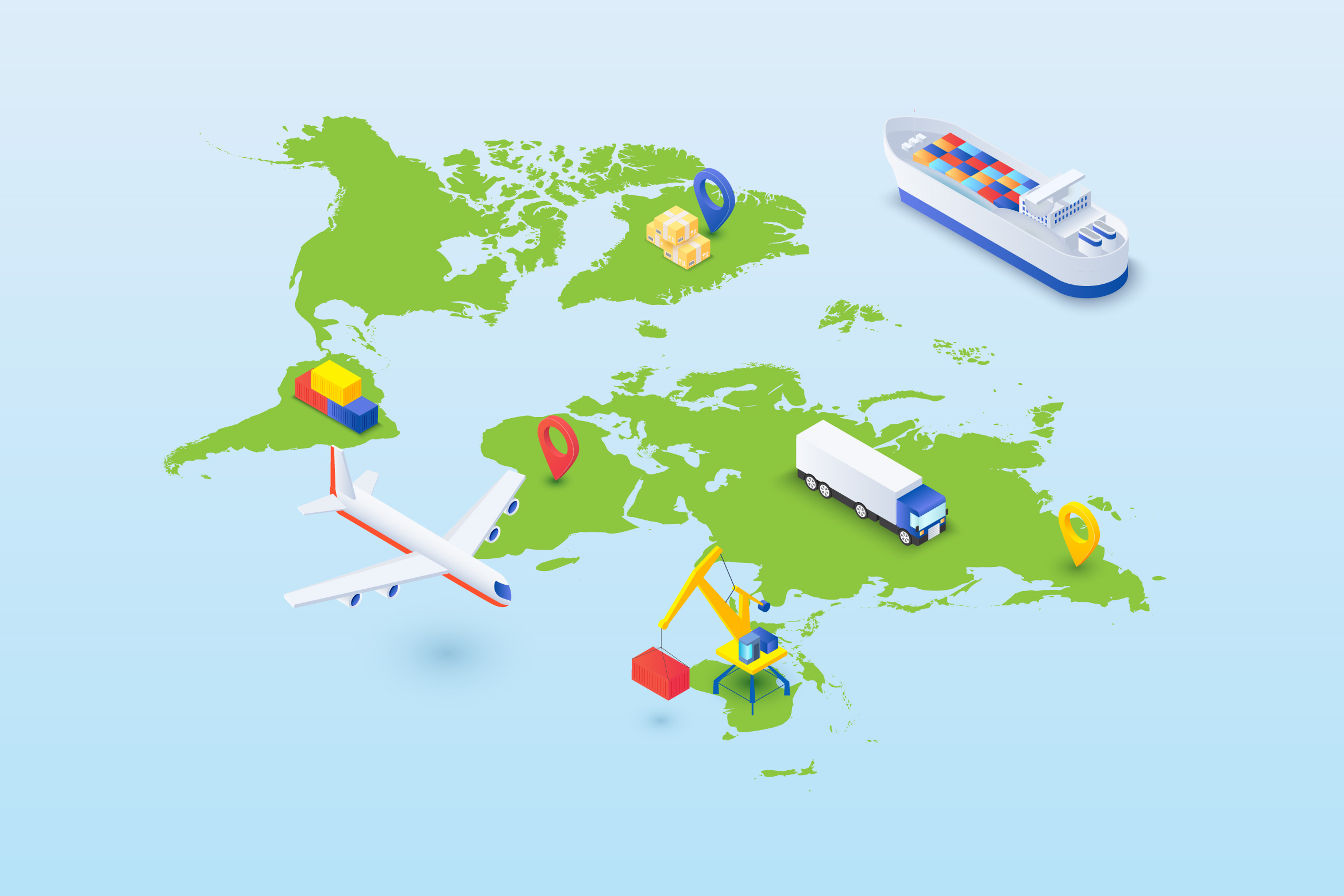 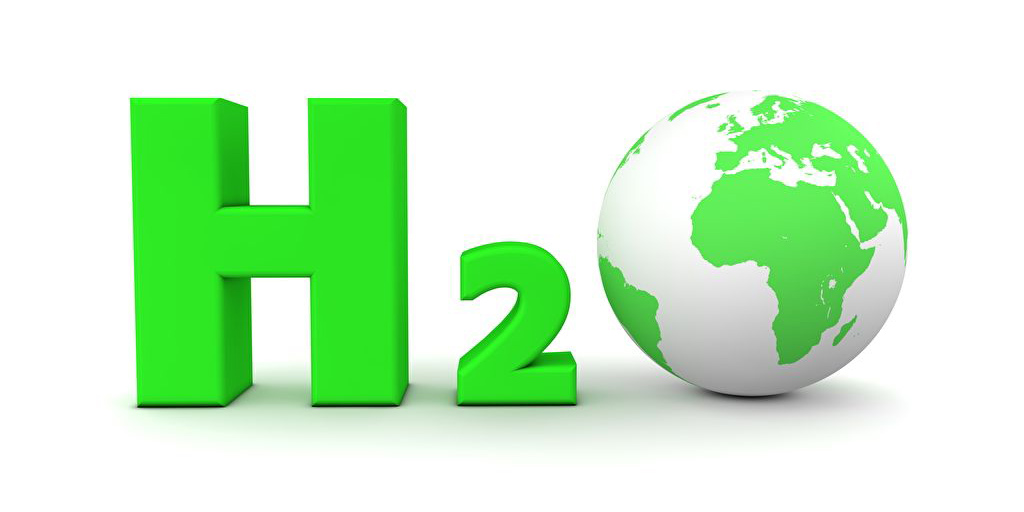 ApplicationsIn a broad range of industrial processes, hydrogen is an essential part. Based on our cutting-edge expertise, our extensive portfolio is exclusive to this compact gas. It ensures that it is used in different industries, from chemicals to manufacturing, metalworking, glass, or a future fuel source for brighter growth.
Applications

18The Many Paths To Hydrogen

To date, industrial-scale hydrogen production is accomplished using steam reforming. Combining natural gas, or naphtha, with steam in a heterogeneous catalyst creates synthesis gas. This hydrogen and carbon monoxide mixture is then subjected to further treatment. This manufacturing process involves fossil fuels, and because of this, the finished product is referred to as gray hydrogen. Additionally, partial oxidation of refinery waste streams can produce gray hydrogen. The raw synthesis gas is created from residual material cooked to a very high temperature in the presence of oxygen and steam. The residual hydrogen is blue hydrogen when the recovered carbon dioxide has been combined with a second carbon capture operation. Bio-based feedstock determines which method of producing hydrogen, utilizing either steam reforming or electrolysis, is used. Electrolysis is a method of breaking apart components through an electric current generated totally from renewable energy. At our new joint venture with ITM Electrolysis (ILE), potential clients can trust people for a unique edge, complete H2 solutions.

Initially, steam reforming generates and produces a synthesis of hydrogen, stated carbon dioxide (co2). Following the removal of CO2, we suggest cryogenic methods for isolating these two gasses. Pressure-induced membrane adsorption facilities are employed to manufacture hydrogen from high-hydrogen synthesis gases and refining and petrochemical gasses. In addition, we have developed a hybrid process combining membrane and strain swing biosorption (Alp) technology to achieve unparalleled hydrogen production flexibility and reliability. In addition, PSA may be used for extracting or extracting carbon dioxide from gas streams from synthesis gas plants. Also, CO2 can be derived from hydrogen flue gases by post-combustion capture. Physical gas streams mechanism to remove sulfur and CO2 from the synthesis gasses at subzero temperatures. This kind of hydrogenation is exceptionally cost-effective by the use of low-energy condenser heat exchangers. The trapped CO2 is used for boiling or driven into a purification or liquefying plant to permit additional scenarios for use.

Furthermore, the company can have synthesis facilities to synthesize hydrogen or nitrogen syngas (NH3) or methanol(CH3OH) chemicals. If green hydrogen has been used as a feedstock, green ammonia or methanol can be referred to as these products. The use of cryogenic plants also facilitates the transport and storage of hydrogen. The flame retardant gas is cooled to less than 253°C to create and generate liquefied hydrogen (LH2). This approach improves the gas density. We also supply hydrogen, and coagulated hydrogen (LH2) pumps with turbocompressors. This equipment is used as one of the clients’ integrated hydrogen companies offering.

Transportation And Utilization For The Hydrogen To The Point Of Use

Steam reform produces and makes synthesis gas, hydrogen mixture, carbon dioxide, and monoxide. We suggest cryogenic procedures for isolating these two gases after CO2 elimination. The hydrogen production processes are carried out using pressure-controlled membrane adsorption plants from hydrogen-rich synthesis gases and petroleum and chemical gasses. In addition, we have developed a hybrid process that combines membranes with PSA (PSA) technologies to achieve unparalleled hydrogen production levels of flexibility and performance. Also, the PSA method may be used for extracting or extracting carbon dioxide from the gas plant synthesis processCO2 can also be derived by post-combustion capture from hydrogen flow gases (PCC). Acid gas process for the separation of sulfur and CO2 from synthesis gas at almost zero temperatures. This kind of gas purification is exceptionally cost-effective, owing to the need for low-energy bobbin heat exchangers. When necessary, trapped CO2 may be used for EOR drilling or pumping into a purifying or desalination facility to enable additional use scenarios. May also supply ammonia (NH3) or attain methanol (CH3OH) synthesis plants from hydrogen or nitrogen syngas sources. If green hydrogen is used as animal feed, green ammonia and methanol can be called as such. Technically, to allow its transportation and storage, cryogenic facilities are being used to desalinate hydrogen. The flammable gas is cooled down to less than 253°C to create and produce liquefied hydrogen (LH2). Technically, this approach improves the gas density. Also, we supply hydrogen and liquidized hydrogen (LH2) turbo compressors.

Powering The Future With Hydrogen

Hydrogen solutions create and market hydrogen-refueling concepts and technologies that lay the foundations for cutting-edge hydrogen infrastructures. The technology has been installed worldwide in more than 190 H2 gas stations. We, therefore, lead the industry in providing rapid, efficient, and competitive refueling solutions for hydrogen. Each H2 fueling station is based on its technology of compression. Ionic technology is also employed to remove gaseous hydrogen at a stress of up to 100 MPa, as well as the cryopump supplies liquid hydrogen to refuel. Both systems can be configured to suit each customer’s unique requirements. They will be the world’s first small-scale business to develop H2 fuel stations as fueling technologies mature. The spectrum of hydrogen extends and goes far beyond the future mobility ecosystem. Also, it is essential in a broad range of applications.